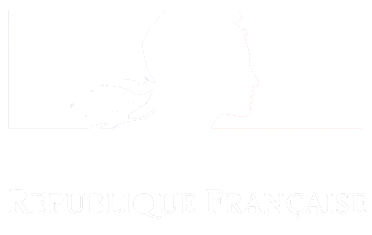 The French ‘Ministry of Environment, Energy and the Sea’ and the ‘Ministry of Housing and Sustainable Living’(1) faced a radical data centre challenge… Moving their data centre and IT infrastructure from two sites to one location – a skyscraper right in the business district of La Défense in Paris. Maxime Goepp (subsidiary Head of Operations) explains how the ministry handled the project.

DATA CENTRES IN BORDEAUX AND PARIS

The French ‘Ministry of Environment, Energy and the Sea’ and the ‘Ministry of Housing and Sustainable Living’ operate from data centres in Bordeaux and Paris. “In these two data centres, we are hosting information concerning housing, urban planning, sustainable development and the management of road infrastructure”, says Maxime Goepp. “In Paris we mainly manage the mailboxes – about 100,000 – of the ministries, human resources, accounting, different types of IaaS and SaaS offers, as well as the directories and other office automation.”

PARIS: FROM TWO DATA CENTRE LOCATIONS TO ONE

In Paris, until recently, the ministries had access to two computer rooms in the business district of La Défense: one of hundred square meters in the basement of the ‘Grande Arche’ and a similar one in the ‘Tour Pascal’ (Pascal Towers). “When the French state purchased

the ‘Tour Sequoia’ – a skyscraper of 119 meters high in La Défense – it was decided to try to resettle our IT in this new building. This meant not only that we had to close our two existing sites in La Défense, but also that we had to move our data centre and IT infrastructure.”

A feasibility study and an extensive selection process followed. “We talked to several manufacturers, but also conducted multiple sites visits of existing data centres previously supplied by those manufacturers. Eventually eight parties were involved in the selection process. These parties were partnerships between IT / data centre manufacturers (e.g. Legrand Minkels) and installers. The entire process – from the first appointment to the third selection round – took over a year to complete. Eventually, Minkels and Cap Ingelec were selected. They were providing the best integrated solution on a cost/efficiency ratio.”

Minkels was chosen because of its flexibility and turn-key solution – from cable management to cabinets, from corridors to PDUs. “What we appreciated enormously about Minkels, was the fact that we had only one contact person during the entire process. Minkels was also very proactive, proposing solutions to the physical limitations of space – especially in height – or the specific expectation concerning the management of network cables within the racks. We particularly loved the solution of pre-connectorised fibre channel housing provided by Legrand. In November 2015, we started the data centre project and six months later, it had already been finished. Thanks to Minkels, we now have a data centre that has been customised for us and fits our standard. The set-up of the computer rooms is very consistent, easy to work with and has a great look and feel. It’s very important for us that we provide an easily understandable working environment, with clear infrastructure patterns.”

The Ministry has set up two computer rooms in the ‘Tour Séquoia’; one room of one hundred square meters and another room of two hundred square meters. “The small room is used for the synchronization of the most critical part of the large room. A large part of our architecture is redundantly designed and built with clustering and replication techniques. Minkels supplied all the hardware for the data centre, from hot corridor containers to the PDUs, as well as the Drop Away Panels. In case of fire, the plastic panels of the Drop Away Roof System automatically soften and drop down so that they won’t be an obstacle for the water mist system.”

The ministry has strict requirements in terms of security in the data centre area. “Both access to the confinements and the racks are controlled by an electromagnetic lock furnished by Minkels and coupled with our own badge system. The ministry also has strict specifications in terms of signage in the area. That also goes for the visual identification of the various equipment and the different energy sources. The various types of power supplies, power cables and PDUs come with different colours. Same principles apply to Ethernet and Fibre Channel cables. This increases the identification process of the Power & Data Line dramatically. So our data centre is well equipped – both in terms of security and safety. In the future, as we are discovering how extensive the product range of the Legrand Group actually is, we might make even more use of the Legrand portfolio. Having a single source supplier makes doing business even easier.” 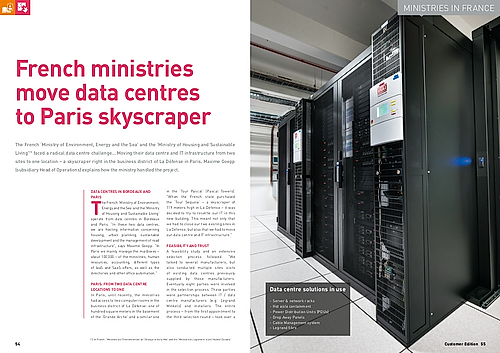